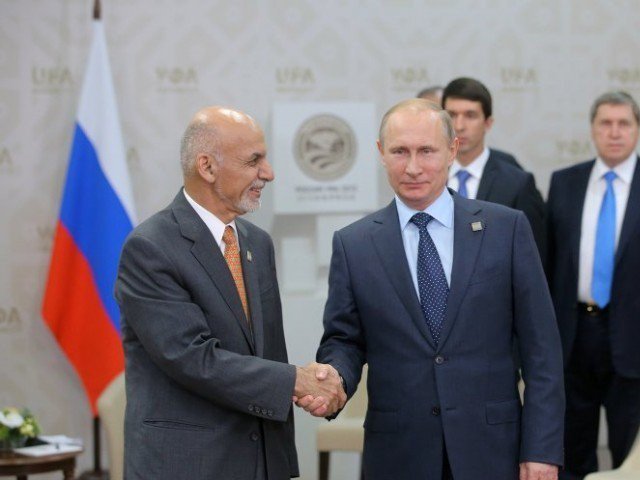 MOSCOW: Moscow is set to host multilateral peace talks that underline the increasingly active role Russia is playing in Afghanistan, decades after Soviet forces withdrew from the country, with business investment plans, diplomatic and cultural outreach and small military support for the central government.
The Afghan Taliban will attend the peace talks, senior Taliban officials said on Tuesday, after the United States and Afghanistan turned down their invitations.
But Taliban spokesman Zabihullah Mujahid said they had not formally agreed to take part.
Russia invited 12 countries and the Taliban, who are fighting to re-impose strict Islamic law after their 2001 ouster by U.S.-led troops, but the United States and the U.S.-backed Afghan government declined.
Representatives from Iran, China, Pakistan, Tajikistan, Uzbekistan and Turkmenistan are expected to attend, officials said.
Afghan President Ashraf Ghani rejected the invitation on the grounds that talks with the Taliban should be led by the Afghan government.
Russia decided to go ahead with the Moscow talks nevertheless, a diplomatic move that has angered Kabul as the meeting could complicate an ongoing U.S.-backed peace process.
A five-member Taliban delegation led by Sher Mohammad Abbas Stanakzai, head of the Taliban’s political council in Qatar, will attend.
“The majority of our top leaders showed the willingness to participate in the Moscow peace talks though some of them also expressed their reservations and said it would not give them any benefit on the ground in Afghanistan,” said a Taliban member.
Some Taliban said the delegation would raise their demands for a withdrawal of all foreign forces, the release of all prisoners and the lifting of a ban on travel.
“This is a very good opportunity and we would like to participate and raise our genuine issues,” said another Taliban official. “We would urge these world powers to help resolve the Afghan issue as per international laws and principles.”
Even though Afghan government officials will not attend the Moscow talks, members of the High Peace Council (HPC), an Afghan body overseeing efforts to start peace talks, are expected to attend.
A U.S. official said the United States believes all countries should support direct dialogue between the government of Afghanistan and the Taliban.
Diplomatic engagement between the Taliban and the United States gained momentum last month after the U.S. special envoy for peace in Afghanistan, Zalmay Khalilzad, met Taliban leaders in Qatar.
“We have been clear that no government, including Russia, can be a substitute for the Afghan government in direct negotiations with the Taliban,” the U.S. official told Reuters. …Agencies