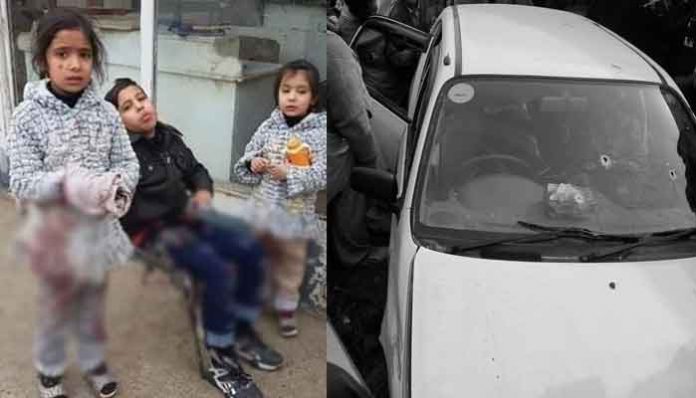 LAHORE: Sahiwal tragedy’s victim Khalil’s son namely Umair on Friday made shocking revelations while recording his statement to the Joint Investigation Team (JIT) that has been investigation into the killings of three family members and their friend near Qadirabad area.
Reportedly, Umair, the first-person narrative of the incident, told the JIT that officers had opened fire at their car three times and refuted the speculation that any shots were fired from their side or any motorcycle.
The child in his statement said that he, along with his parents and sisters including Areeba, Muniba and Hadia, left home and when they reached near Qadirabad, someone shot at their car from behind.
“After the shot was fired, the car bumped into a sidewalk and came to halt. Later, two police vehicles stopped by the car and masked officers opened fire at their car again in which ‘uncle’ Zeeshan was killed,” he said.
Meanwhile, he said that his father appealed to the policemen not to kill them.
“You can take everything from us but spare our lives,” Khalil asked officers, as stated by Umair.
Later, one of the officers spoke to someone on a phone.
“As the call ended, he asked officers to kill them,” he added.
Then the police opened fire for the second time in which his parents and Areeba were killed.
During firing, his father had hidden Muniba in his lap, while his mother hid him and Hadia.
“Later, the policemen took me and my sisters out of the car and then sprayed the car with bullets”, he said.
Afterwards, the statement reads, the policemen took away the children in a police vehicle and threw them in the middle of nowhere.
“Someone picked up from there and dropped us at a fuel station; from there, policemen took us to a hospital”, the statement added.
Umair termed police’s narration of the story as a “lie” that firing by “terrorists” on a motorcycle killed them.