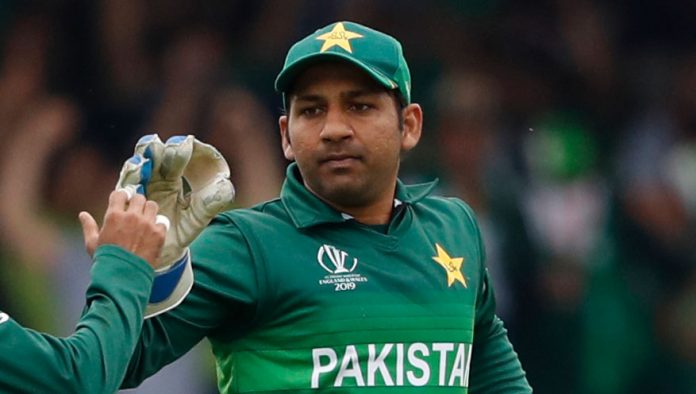 LONDON: Pakistan faces an uphill task against Bangladesh on Friday if they want to qualify for the Cricket World Cup 2019 semi-finals, requiring victory with an unrealistic 316-run margin if they wish to finish among the top four.
Currently, Pakistan is struggling with their net run rate (NRR), which was dented hugely after the team’s mammoth defeat against the West Indies in Nottingham at the start of their World Cup campaign.
Interestingly, Pakistan beat England and New Zealand in the league matches, but England has already sealed its berth in the semi-finals and the Kiwis are likely to edge past Pakistan on NRR.
Pakistan, if they beat Bangladesh, will tie on the points table with New Zealand, but that will not be enough for the green shirts.
Pakistan captain Sarfaraz Ahmed feels things would have been different if there was a head-to-head instead of NRR criteria between the two teams to move ahead in the tournament.
“Yeah, may be,” Sarfaraz responded when asked if a head-to-head criteria would have benefited the Pakistan team today.
“We have beaten England and New Zealand and they’re through. But, we can’t do much about it. The tournament formula is already decided and it was decided after due diligence,” the Pakistan captain said.
He agreed that the defeats against West Indies and Australia haunt Pakistan.
“We lost by a big margin against West Indies which dented our NRR, and then against Australia we lost the game from a position where we could have won. I believe that if we had won that match, things would have been different for us today,” the skipper said.
The wicket-keeper batsman, however, added that his side would go all-out against Bangladesh at Lord’s on Friday to end the campaign on a good note.
“We will go out, we will give our best. I know the task is very unrealistic, but we will try our best and if a miracle happens, who knows,” he said.
“But, we will play tomorrow’s game to win and that is our priority. We want to end the campaign on a winning note,” the captain said.
Replying to a question, Sarfaraz said that Babar Azam and Shaheen Afridi’s performance were the positive points of the tournament for Pakistan, along with comeback performances by Wahab Riaz and Mohammad Aamir.