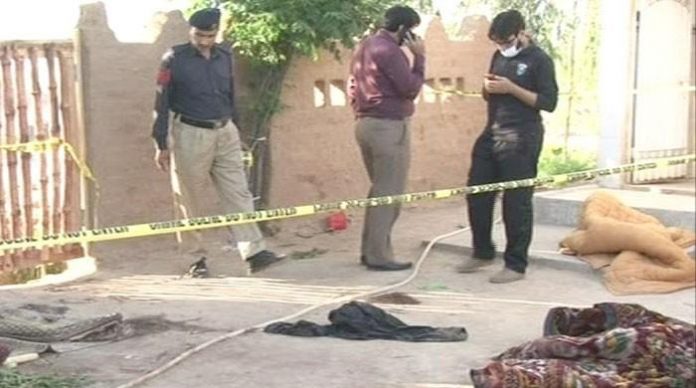 SARGODHA: The police have registered a case against Abdul Waheed, the shrine custodian who confessed to torturing and murdering 20 people on Sunday, claiming that no one from the bereaved families has come forward to file a complaint.
According to the police, the bereaved families hold Waheed in high regard despite him confessing to the murder of their loved ones.
The accused was a custodian of the Darbar Ali Muhammad Gujjar shrine in Sargodha. He and his accomplices allegedly intoxicated his disciples before torturing them to death Saturday night. Waheed in his statement to the police said they were scheming to poison him.
Waheed has said he had found his spiritual leader’s son Asif adding poison to his food. “I caught him and probed further, upon which I got to know a woman was also involved with him in the plan of killing me,” he said.
Since Waheed suspected it to be a scheme against him, he phoned and summoned his other disciples to the shrine and tortured them all to death.
Two women and as many men managed to escape, in an injured condition, from the shrine. One of them reported the horrendous crime to locals who then informed the police. The injured were admitted at the district headquarters hospital, where their condition is said to be improving.
Waheed is a resident of Green Town, Lahore. He worked at the Election Commission of Pakistan until last year.