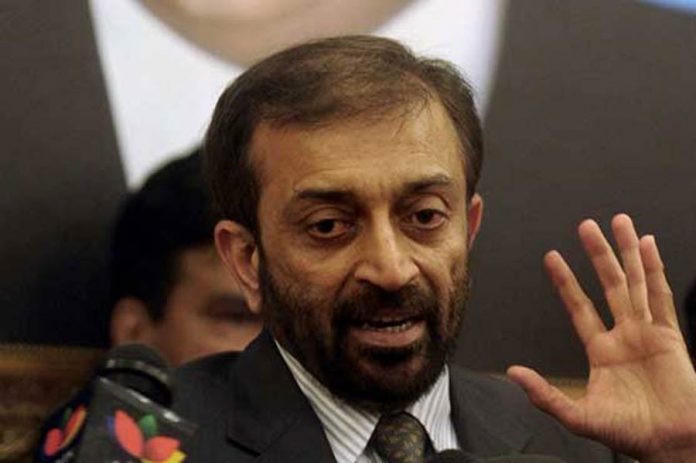 ISLAMABAD/KARACHI: Muttahida Qaumi Movement (MQM-P) leader Farooq Sattar on Wednesday challenged in Islamabad High Court (IHC) the decision of Election Commission of Pakistan’s (ECP) to remove him as the convener of the party.
The ECP had removed Sattar as party convener after the Commission gave its verdict on petitions filed by a rival faction of MQM.
The IHC is expected to take up his petition on Thursday.
Meanwhile, two former members of MQM-P announced to join Mustafa Kamal’s party Pak Sarzameen Party (PSP).
The two members included Naheed Begum who is a member of the provincial assembly (MPA) of Sindh from the constituency PSW-153 and Naila Munir, an MPA on a reserved seat for women RSW-155.
They made the announcement in a joint press conference with Mustafa Kamal in Karachi.