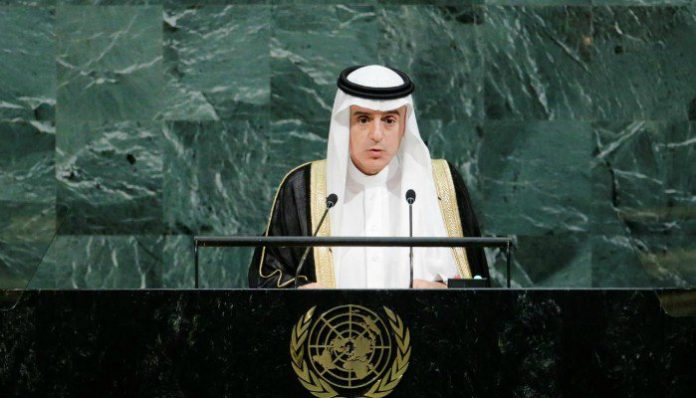 NEW YORK: Saudi Arabia on Saturday condemned the government of Myanmar’s “policy of repression” against minority Rohingya Muslims.
“My country is gravely concerned and condemns the policy of repression and forced displacement carried out by the government of Myanmar against the Rohingya minority,” Foreign Minister Adel al-Jubeir said in a speech at the United Nations General Assembly.
Bangladesh and aid organisations are struggling to help 422,000 Rohingya Muslims who have arrived since Aug. 25, when attacks by Rohingya militants triggered a Myanmar crackdown that the United Nations has branded ethnic cleansing.