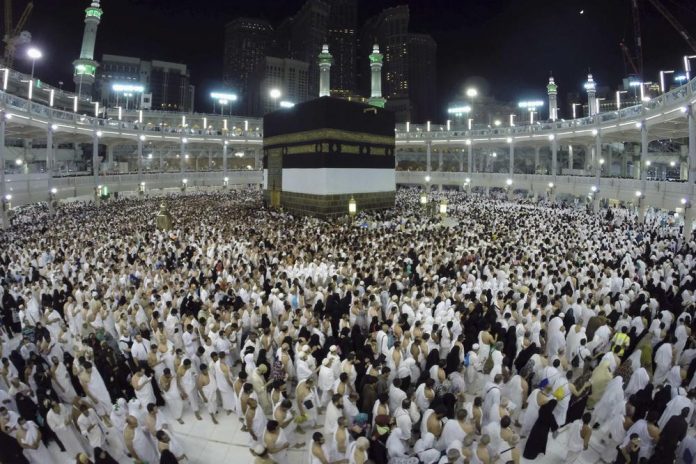 ISLAMABAD: In wake of the spread the novel coronavirus pandemic across the globe, the Saudi Arabian government on Thursday halted signing of Hajj agreement with Pakistan.
According to a letter received by the Ministry of Religious Affairs, in the Saudi government stopped Pakistan not to make Hajj 2020 agreement.
The letter further stated the agreement will not be made until the situation in country gets better.
On Wednesday, Saudi Arabia sealed off the capital Riyadh and two of Islam s holiest cities and extended curfew hours as it reported its second death from the new coronavirus.
The kingdom barred entry and exit from Riyadh as well as Makkah and Madina and prohibited movement between all provinces, the official Saudi Press Agency reported, as the health ministry said the total number of infections spiked to 900.
Saudi Arabia, which has reported the highest number of infections in the Gulf, on Monday began implementing an 11-hour nationwide curfew — starting at 7 pm — to limit the spread of the deadly COVID-19 illness.
The curfew hours were brought forward to 3 pm in the three cities, SPA said citing measures approved by King Salman that will take effect from Thursday.
Authorities plan to implement the curfew for 21 days and have warned that transgressors will be fined 10,000 Saudi riyals ($2,663) and could face jail for repeated breaches.
The health ministry on Wednesday said a resident of Mecca was the second person to die from the disease in the kingdom.
The Arab world s biggest economy has also closed down cinemas, malls and restaurants, halted flights and suspended the year-round umrah pilgrimage as it steps up efforts to contain the virus.
King Salman warned last week of a “more difficult” fight ahead against the virus, as the kingdom faces the economic double blow of virus-led shutdowns and crashing oil prices.
The king will chair an emergency virtual summit of leaders from the Group of 20 major economies on Thursday to discuss a global response to the coronavirus pandemic.
Last week, the kingdom unveiled stimulus measures amounting to 120 billion riyals ($32 billion) to support businesses and said it plans to raise borrowing to 50 percent of gross domestic product (GDP).
Similar restrictions and stimulus measures have been reported by other countries in the Gulf, where more than 2,400 coronavirus infections have been reported so far.