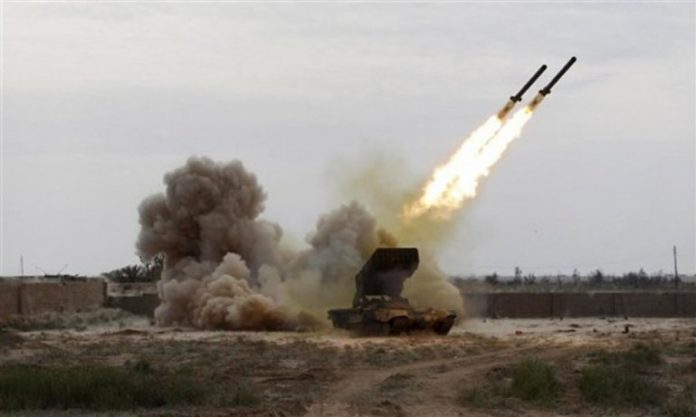 RIYADH: Saudi Arabia intercepted two ballistic missiles over its capital Riyadh on Wednesday that had been fired from Yemen, state media reported, after at least four blasts rocked the city centre.
Yemen’s Iran-allied armed Houthi movement said it had launched the missiles at economic targets in the Saudi capital. There were no immediate reports of casualties or damage.
The attack came a day after U.S. President Donald Trump pulled out of a nuclear deal with Iran, partly over concerns the pact did not address Tehran’s ballistic missile programme or its role in conflicts in Yemen and Syria.
The Houthis have stepped up missile attacks on the neighbouring kingdom in what they say is retaliation for air raids by a Saudi-led coalition fighting them in Yemen.
Saudi Arabia and an alliance of Muslim states intervened in Yemen’s civil war in 2015 to try and push back the Houthis after they drove the internationally-recognised government into exile in Riyadh.
State media said separately that air defence forces had intercepted a missile launched at the southern city of Jizan.
A coalition spokesman said the attack showed how Iran was continuing to support the Houthis, state media reported. The group and Tehran deny that charge. – Reuters