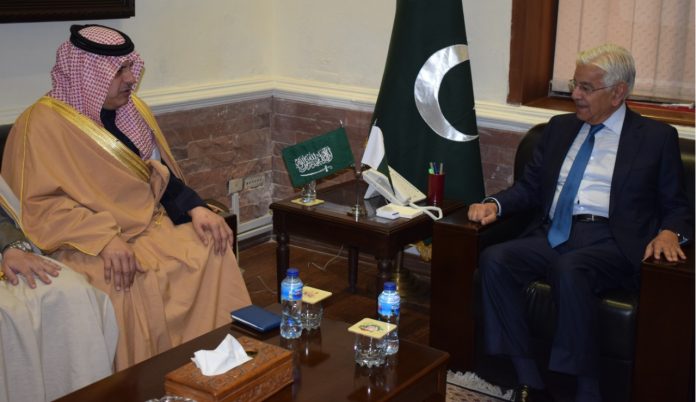 “Building on a solid legacy, Pakistan and Saudi Arabia are progressing towards a comprehensive defence relationship for the 21st Century,” the minister said.

The Saudi minister stated that the KSA wanted to enhance defence-related collaborations with Pakistan, particularly in the field of defence production. Secretary Defence Lt Gen (R) Hamood uz Zaman Khan was also present during the meeting.