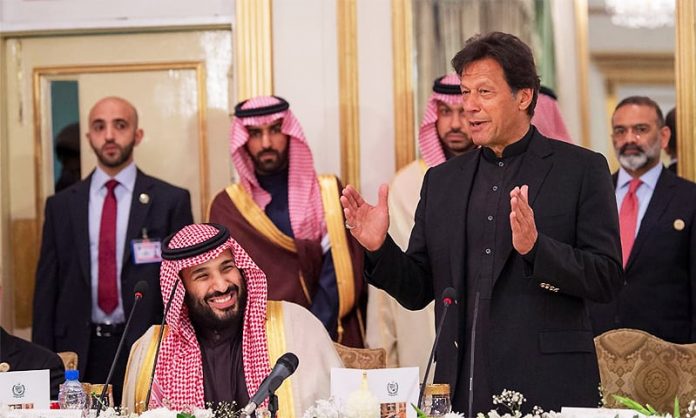 ISLAMABAD: Foreign Office (FO) officials have informed the Senate standing committee on Human rights that no step has been taken by Saudi Arabia for releasing Pakistani prisoners.
Senate standing committee on human rights met under its chairman Mustafa Nawaz Khokhar here Thursday to consider the matter of Murid Abbas from Multan who is in Saudi jail.
Giving briefing to the committee FO personnel told that Murid Abbas, resident of Multan had gone to Saudi Arabia as a driver and he was fined 27000 Riyal in Saudi Arabia.
“We are trying to contact his Kafeel to get him released.The FO personnel told the committee that over 3000 Pakistanis are kept in the prisons of Saudi Arabia. There are 128 Pakistan national who are in jail at Jeddah.
There are such 114 Pakistanis who have to pay fine.According to an estimate a sum of 8 million Riyals to 22 million riyals are required to get release Pakistanis from Saudi jails.
Chairman committee inquired what progress has been made in perspective of announcement made by Saudi crown prince Muhammad Bin Suleman in connection with release of Pakistani prisoners. Additional Secretary of foreign ministry said no step has been taken so far about the release of Pakistani prisoners.
We have repeatedly reminded Saudi authorities on this issue and attention of Saudi authorities have also been drawn to this issue at Prime Minister level. Imran Khan on the occasion of his visit to Saudi Arabia also reminded Saudi prince but Saudi authorities give only one reply that they are going to start the work on it just now.Committee members said that we all were very pleased over the announcement made by crown prince Muhammad Bin Suleman but it has not been implemented.
The list of prisoners has not been prepared so far despite reminders.