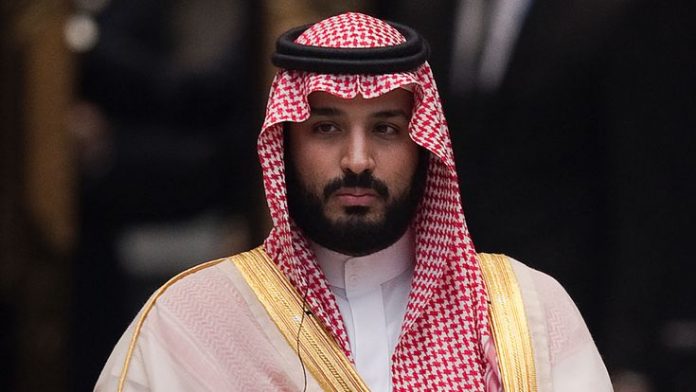 ISLAMABAD: Saudi Crown Prince Muhammad Bin Salman will arrive in Pakistan on February 16, Saudi Ambassador to Pakistan Nawaf Saeed Al-Malki confirmed.
Saudi Ambassador to Pakistan Nawaf Saeed Al-Malki visited the foreign ministry where he held meetings with the officials and discussed matters pertaining to the Saudi Crown Prince’s visit.
According to the Saudi Ambassador, Muhammad Bin Salman will visit Pakistan on February 16.
Agreements worth US$14 billion are also expected to be signed between Pakistan and Saudi Arabia during his visit.
Mohammad Bin Salman will also address the Pakistani nation during his visit.
It is pertinent here to mention that Federal Minister for Information and Broadcasting Fawad Chaudhry had Saudi Crown Prince Mohammad Bin Salman would visit Pakistan in February.
He said that the crown prince’s visit to Pakistan would strengthen bilateral relations which were based on mutual respect, cooperation and trust.
“Moreover, Pakistan and Saudi Arabia are expected to sign memoranda of understanding (MoU) worth billions of dollars during the crown prince’s visit,” he added.
Saudi Arabia had already approved $6 billion bailout package to Islamabad to recover from economic crisis during Prime Minister Imran Khan s visit to Saudi Arabia in October 2018.