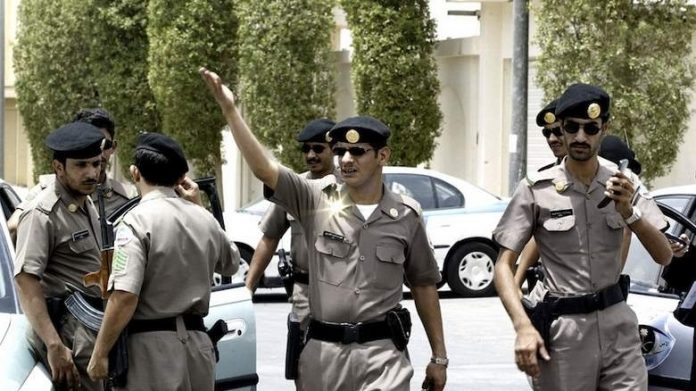 RIYADH: Saudi Arabia’s security forces killed eight alleged terrorists in a shootout in the predominantly Shia region of Qatif, a government statement issued late Saturday said.
The interior ministry said security forces launched a raid against a suspected militant hideout on the island of Tarot off the coast of the kingdom’s eastern province, a restive region on the Persian Gulf where most of the country’s oil reserves are located.
The statement described the group as a “terrorist cell” and accused them of planning to attack vital installations and security targets.
The interior ministry said security forces only opened fire after they were shot at. It did not identify the militants and said an investigation was ongoing.
Videos posted on social media by residents of Tarot showed black smoke rising from residential buildings and the sound of heavy gunfire on Saturday.
Saudi security forces frequently target and clash with Shia gunmen in the region of Qatif, which saw large protests by the minority community in 2011 demanding greater rights and equal treatment from the kingdom’s Sunni rulers.
The kingdom has since targeted many of those protest leaders, including its most iconic figure, Sheikh Nimr al Nimr, who was accused of national security crimes and executed in early 2016.
The Shia cleric’s execution sparked protests by Shias in Iraq, Pakistan and Iran, and led to the ransacking of the Saudi Embassy in Tehran, which has remained shuttered ever since.
Tensions have likely spiked in recent weeks after Saudi Arabia beheaded 37 men, most of them Shiites, in a mass execution on April 23.
The UN’s human rights chief called the mass execution, which included three sentenced as minors, “shocking” and “abhorrent.”
The rights group Amnesty International said 11 of the men were convicted of terrorism-related crimes after a “grossly unfair trial.”
At least 14 others executed were convicted of violent offences related to their participation in anti-government demonstrations in Shia-populated areas of Saudi Arabia between 2011 and 2012. …Agencies