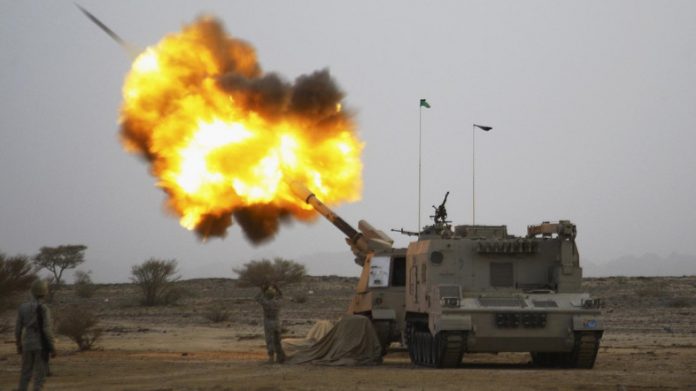 RIYADH: Saudi air defences on Sunday intercepted a ballistic missile fired by Yemeni rebels at the kingdom s southern border city of Najran, which set a farm ablaze, state media said.
“Saudi forces were able to intercept (the missile),” the Saudi Press Agency said, citing the Saudi-led coalition fighting Iran-backed Huthi rebels.
“But the shrapnel scattered over residential areas and caused a fire at a farm belonging to a citizen, without causing any injuries.”
The missile was launched from Saada, the Huthi stronghold in northern Yemen, the coalition was cited as saying.
The coalition said another missile crashed in a Saudi desert on Sunday, without specifying a location, adding it caused no damage.
Sunday s strikes are the latest in a series of rebel bombardments on Saudi territory.
Saudi forces said they intercepted a rebel ballistic missile targeting kingdom s southern coastal city of Jizan on Friday, the second such strike in the area in over a week.
Earlier this month, Saudi forces said they intercepted rebel ballistic missiles fired at Riyadh and the south of the kingdom, where two drones were also shot down.
Saudi Arabia has since March 2015 led a coalition of Arab states fighting to roll back the Huthis in Yemen and restore its neighbour s internationally recognised government to power.
Nearly 10,000 people have since been killed in the conflict, in what the United Nations has called the world s worst humanitarian crisis.
In March, an Egyptian labourer became the first known fatality in a rebel missile attack on the Saudi capital.
Saudi Arabia accuses its arch-rival Iran of smuggling missiles to the Huthis — a charge Tehran denies. …Agencies