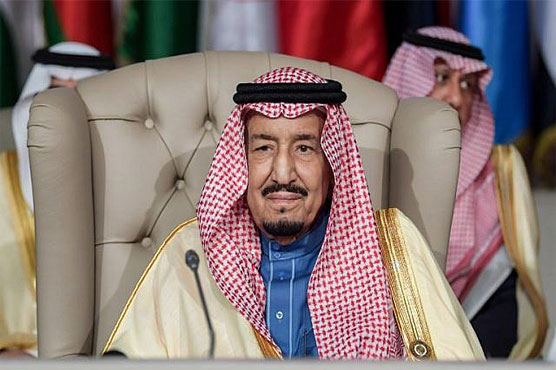 MECCA: Saudi Arabia s King Salman on Thursday ratcheted up the rhetoric against arch-nemesis Iran, calling on Gulf Arab states to confront its “criminal” actions after a series of attacks sparked fears of a regional conflagration.
The king’s remarks at the start of an emergency Gulf summit in the holy city of Mecca came a day after hawkish US National Security Advisor John Bolton said Iran was almost certainly behind this month’s sabotage of four ships, including two Saudi oil tankers, off the UAE coast. Tehran rejected the charge.
Iran-aligned Yemeni rebels meanwhile have stepped up drone attacks on the kingdom — one of which resulted in the temporary shutdown of a major oil pipeline.
“The Iranian regime s interference in the internal affairs of the countries of the region, development of nuclear and missile programs, and its threats to freedom of international shipping are a threat to global oil supply,” the Saudi king told a gathering of Gulf Arab leaders in Mecca.
Its “recent criminal acts… require that all of us work seriously to preserve the security… of GCC (Gulf Cooperation Council) countries,” the king added, referring to the attacks on Gulf oil installations.
Saudi Arabia, a staunch US ally, is hosting leaders from across the Arab and Muslim world for emergency Gulf and Arab summits and a meeting of heads of state from Islamic nations.
Qatar s prime minister, Kuwait s emir and Abu Dhabi s crown prince were among the leaders present at the talks, which were also attended by Saudi Arabia s de facto ruler, Crown Prince Mohammed bin Salman.
Riyadh called the talks to discuss the standoff with Iran and ways of isolating Tehran amid fears of a military confrontation.
On the eve of the talks, Riyadh blasted what it called Iranian “interference” across the region and demanded “firmness” over attacks on Gulf oil tankers and pipelines.
Tensions in the region spiked after the four ships were damaged in a mysterious sabotage attack off the coast of the emirate of Fujairah on May 12.
The vessels were attacked using “naval mines almost certainly from Iran”, Bolton told a news conference in Abu Dhabi on Wednesday.
“There s no doubt in anybody s mind in Washington who s responsible for this,” he said in a clear reference to Iran.
Iran rejected the accusation, calling it “laughable”.
US experts are part of a five-nation team investigating the ship attacks.
The new war of words between Tehran and Washington follows a US military buildup that includes the deployment of an aircraft carrier, B-52 bombers and 1,500 more troops to the region.
Bolton however said the additional US forces were sent to the Middle East as a “deterrent” and that Washington s response would be prudent.
“We definitely desire a change in the (Iranian) regime s behaviour,” Brian Hook, US Special Representative for Iran, said Thursday.
Regional tensions have grown since US President Donald Trump s administration reimposed sanctions against Iran after Washington unilaterally pulled out of a multilateral 2015 nuclear accord signed with the Islamic republic.
But Trump appeared to soften his hawkish tone towards Tehran, saying during a visit to Japan on Monday that his government does not seek “regime change”.
Saudi Arabia is hosting the three summits in an apparent bid to present a unified front against Tehran.
Qatar s state media reported that its Prime Minister Sheikh Abdullah bin Nasser al-Thani also arrived in Jeddah on Thursday, Doha s highest-ranking official to visit the kingdom since the start of a two-year-old Saudi-led boycott.
Saudi Arabia, the UAE, Bahrain and Egypt have enforced the economic and diplomatic boycott of Qatar since June 2017, including bans on shipping, trade, direct flights, overflight and land crossings.
The alliance accuses Doha of supporting Islamist movements and backing Iran — claims Qatar rejects.
Large banners and flags decorated the streets of Mecca, Islam s holiest city, to welcome the leaders.
The summits coincide with the last few days of the Muslim fasting month of Ramadan, when Mecca throngs with hundreds of thousands of pilgrims.
The summits will take place at night, as Muslims break their day-long fasting at sunset and then go into several hours of special prayers known as Taraweeh.
Drapped in seamless all-white uniforms, worshippers walked under lampposts decorated with flags of participating nations, while heading to the Grand Mosque to perform umrah, the minor Islamic pilgrimage.
The large crowds pose a logistical headache for organisers, who have sealed off six major roads for the leaders and advised pilgrims to use alternative streets. …Agencies