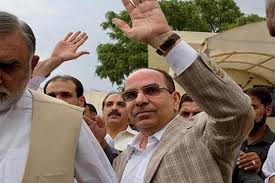 ISLAMABAD: The Supreme Court accepted on Thursday Bahria Town Karachi’s offer to pay Rs460 billion within a period of seven years.
The apex court restrained the National Accountability Bureau (NAB) from proceeding with its reference against the real estate developer and relevant officials. The company will have to deposit the amount to the top court within seven years.
Bahria Town made this offer for the land it had acquired in exchange from the Malir Development Authority (MDA) on the outskirts of Karachi.
Upon payment of the complete amount, the ownership of the land would be transferred to Bahria Town after which it would gave the same to its dwellers on 99-year lease, ruled the court. The firm is required to deposit Rs25 billion until 27 August with the first installment of Rs2.5 billion to be paid in Sept, followed by an equal amount to be paid every month for next four years.
The rest of the amount would be paid within three years, the top court said, adding upon delay in payment of installments, the company will have to pay interest up to four per cent.
The apex court directed Bahria Town’s director to submit an affidavit vis-à-vis payment of the amount.
The SC on May 4, 2018 had declared the MDA’s exchange of land with Bahria Town null and void and directed NAB to probe into the transfer of the land. The court also barred the real estate firm from selling any plot or constructed apartment in the housing scheme until further orders.
It is pertinent to mention here that the apex court had earlier this year ordered the Federal Investigation Agency (FIA) to unfreeze the bank accounts of Bahria Town and Malir Development Authority (MDA).
A SC bench headed by the then chief justice Mian Saqib Nisar heard the case in Islamabad.
“When did the court order to freeze Bahria Town’s bank accounts,” the CJP questioned as he expressed resentment over FIA’s action. “The court had only ordered to monitor the real estate company’s accounts.”