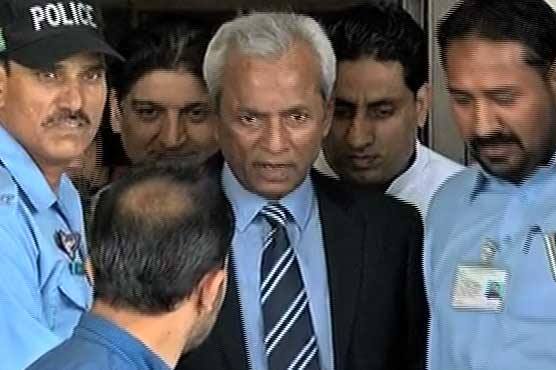 ISLAMABAD: The Supreme Court decided on Monday to indict Pakistan Muslim League-Nawaz (PML-N) leader Nehal Hashmi for contempt on March 26.
Nehal Hashmi, a former senator, was jailed for a month and disqualified for five years by the apex court on February 1 over his contemptuous remarks made last year.
Taking up its second contempt notice against Hashmi today, the apex court dismissed his response as unsatisfactory and decided to indict him.
In the previous hearing of the case on Wednesday, Hashmi was issued another contempt of court notice by the apex court.
A video of Hashmi’s post-prison-release media talk was played, in which a visibly charged Hashmi had said he had been made a victim of revenge for standing by PML-N supremo Nawaz Sharif.
After initially denying to have made the statements, the PML-N leader had said he was ashamed.
Chief Justice Saqib Nisar had termed regrettable the remarks uttered by Hashmi for judges following his release from Adiala Jail, Rawalpindi, on February 28.