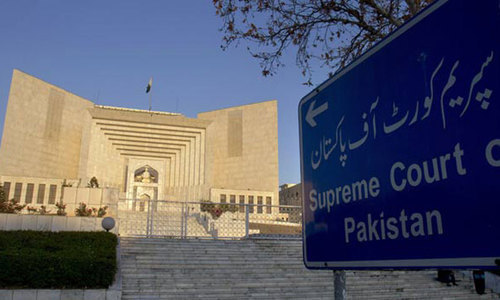 ISLAMABAD: A Supreme Court of Pakistan has released the judgment in Pak-Turk schools case declaring the Pak-Turk International Cag Education Foundation (PTICEF) a banned organisation.
A 15-page verdict of the three-member bench of the apex court written by Justice Ijaz-ul-Ahsan ruled the entity a proscribed organization and ordered that the control of the schools run by the PTICEF, be handed over to Turkiye Maarif Foundation.
A lawyer Sohail Sajid had filed a constitutional petition in the apex court and requested it to declare the group a terrorist outfit in Pakistan.
The bench announcing its verdict in the case, ordered the interior ministry to add the name of PTICEF in the first schedule to Section 11-B of the Anti-Terrorism Act, 1997.
The court also directed the financial institutions to freeze the bank accounts of PTICEF forthwith and handover the custody of assets to Turkiye Maarif Foundation.
The NOC issued in the name of the foundation has already been cancelled, the court said. It will be in the national interest of Pakistan to disallow a terrorist entity in the country.
Pak-Turk schools are administered by a foundation linked to Fethullah Gulen, who is being named by the Turkish leadership in the abortive coup attempt in July 2016.
Ankara accuses Gulen of being behind a long-running campaign to overthrow the state through the infiltration of Turkish institutions.