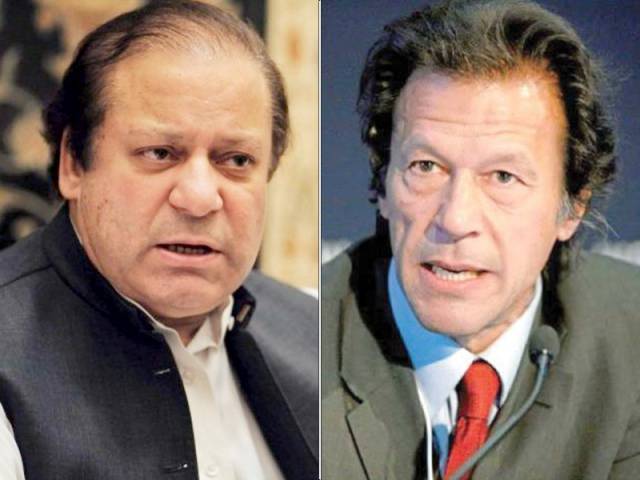 ISLAMABAD: The Supreme Court on Friday fixed contempt of court petitions for hearing against PTI Chairman Imran Khan, former prime minister Nawaz Sharif and former Chief Justice of Pakistan Iftikhar Muhammad Chaudhry on April 4.
A three-member bench of the apex court headed by Chief Justice Saqib Nisar will hear the case on Wednesday, April 4.
A lawyer Naseer Ahmed Kayani has filed a petition against Imran Khan, accusing him of committing contempt of court by using derogatory language against former chief justice Iftikhar Chaudhry.
The bench headed by the chief justice will also hear another contempt petition against former chief justice Iftikhar Chaudhry on the same day.
A lawyer has filed two separate contempt of court petitions against Nawaz Sharif and Iftikhar Chaudhry. Both the petitions are based on the provision of a bullet-proof vehicle to Chaudhry.
A bench of the apex court headed by the chief justice had rejected a petition seeking initiation of contempt of court proceedings against Sharif for his alleged tirade against the judiciary during his GT Road journey to Lahore from Islamabad.
The bench had observed that the court would like to exercise restraint, further adding that not enough material had been produced to initiate contempt proceedings.