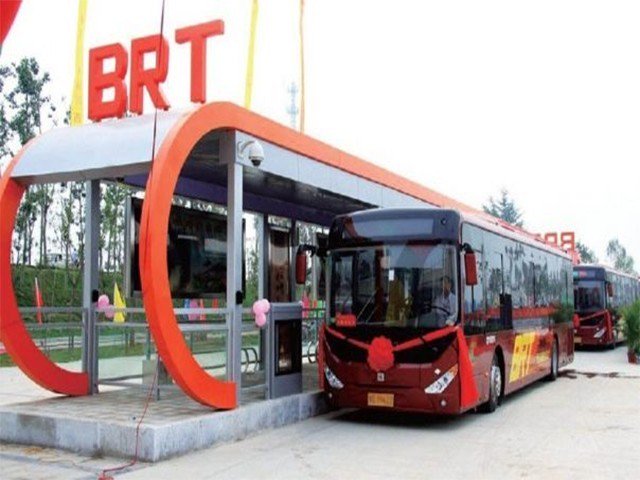 ISLAMABAD: The Supreme Court (SC) on Tuesday was irked by the continuous delay in the completion of Peshawar’s Bus Rapid Transit (BRT) project and observed that it is an example of ‘one step forward and two backwards’.
Justice Umer Ata Bandial presided the hearing. The petitioner, Adnan Afridi, claimed that parts of the project continue to be demolished after construction is completed.
Inquiring from the Khyber Pakhtunkhwa (KP) government’s counsel about the completion date of the project, Justice Bandial said that the provincial government cannot dodge objections about the project’s transparency.
The KP’s counsel prayed before the court that the completion date of the project was July 31, however, the construction work came to a halt due to the unprecedented outbreak of the novel coronavirus.
“ A new completion date has not been given by the contractors as of yet,” the counsel said.
The SC judge stressed that the BRT project is being made from the taxpayer’s money and the provincial government is responsible for utilising the funds in a transparent manner.
“Questions will be asked if the money is wasted,” Justice Bandial said. “People’s money should be used carefully.”
While extending the stay order against the Peshawar High Court’s (PHC) earlier judgement, the apex court sought a reply from the KP government on objections raised by the petitioner and adjourned the hearing indefinitely.
Last year, the PHC ordered the Federal investigation agency (FIA) to probe into the mass transit project which the KP government challenged in the SC.