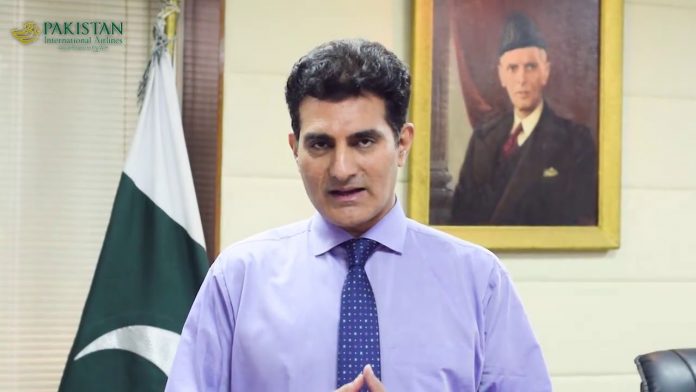 ISLAMABAD: The Supreme Court on Monday declared appointment of Pakistan International Airline (PIA) Chief Executive Officer (CEO) Musharraf Rasool Cyan as null.
“Cyan does not meet the requirements to be appointed CEO and thus his appointment is illegal,” the SC observed.
Headed by Chief Justice of Pakistan Mian Saqib Nisar, a three-member bench of judges, heard the case related to the matter of privatisation of the national carrier.
“The matter was left to the cabinet but they have now lost the chance,” Justice Nisar added.
Justice Ejaz-ul-Hasan maintained, “As per the initial report, PIA CEO Cyan’s appointment was not according to law and we are looking into it.”
On the contrary, PIA’s counsel Naeem Bokhari argued, “The Islamabad High Court (IHC) has announced a decision in the case and sent it to the cabinet.”
“We take back the IHC’s decision.” Justice Nisar said directing to present his arguments over Cyan’s appointment.
“The PIA CEO was appointed in violation of guidelines,” Justice Ahsan observed.
He added, “Cyan does not meet the requirements to be CEO and thus his appointment is illegal.”