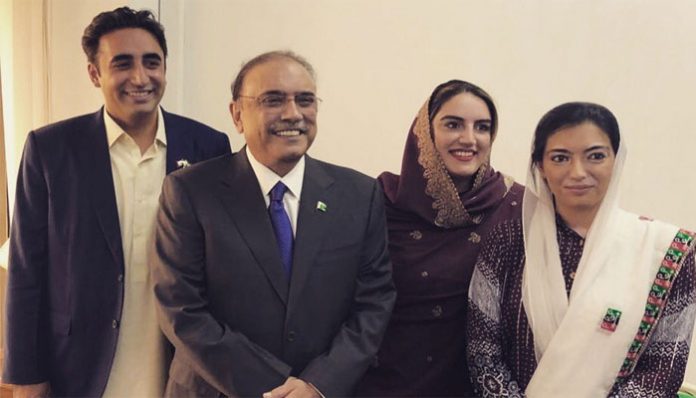 ISLAMABAD: The Supreme Court (SC) on Tuesday rejected a review petition of former president Asif Ali Zardari and summoned his and his children’s last ten years asset details within 15 days.
A three-judge bench headed by Chief Justice of Pakistan Justice Mian Saqib Nisar heard Zardari’s review petition against the Supreme Court verdict summoning details of his assets in relation to the National Reconciliation Ordinance (NRO) case.
At the outset of the hearing, the court directed that Zardari should submit details of inherited assets.
The former president’s counsel Farooq Naik requested the court for the last five years details of assets arguing that the law only holds for five years.
However, the court refused Naik’s request and upheld that asset details should be provided for the last 10 years.