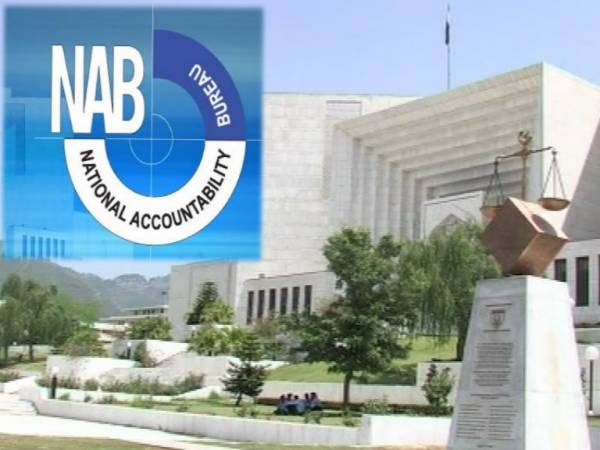 ISLAMABAD: The Supreme Court took away powers of voluntary return from the National Accountability Bureau (NAB) chairman as it resumed hearing the suo moto case on Monday.
Justice Ameer Hani said that these powers promoted a culture of corruption in NAB.
The ‘voluntary return and plea bargain’ section in NAB allows the bureau to discharge an individual from ‘all his liability’ in the matter. Simply put, it lets an individual pay back the amount he has embezzled to the public kitty and the case closes then and there.
Chief Justice Anwar Zaheer Jamali maintained that NAB was exercising powers that even the court was not entitled to. “A person can visit the NAB office, settle the matter over a cup of coffee, and save his job,” the CJ said.
Justice Azmat Saeed Sheikh said that NAB was like a person standing in a busy marketplace screaming “Do corruption and then return it voluntarily”.
“If a case goes to the FIA there is no option of voluntary return, but the same case in NAB has the option of voluntary return. Isn’t this unfair?” he said.
He added that bureaucrats who are being investigated are actually getting promotions.
Justice Ameer Hani said that individuals involved in voluntary return include parliamentarians.
The CJ said that whoever made this law should be ashamed of himself. “People in foreign countries laugh at us. Is this how a country is governed?” he said.
The hearing was adjourned till November 7.