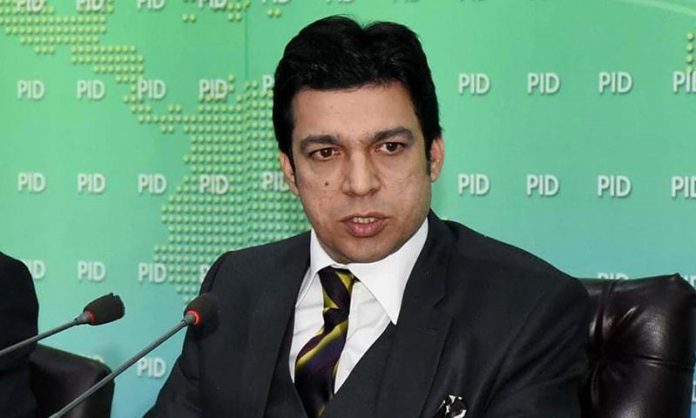 ISLAMABAD: The Supreme Court of Pakistan Friday nullified the PTI former leader Faisal Vawda’s lifetime disqualification after he tendered an unconditional apology and announced resignation from Senate seat before the apex court.

Faisal Vawda admitted his mistake and apologized before the apex court. He also announced to resign from the Senate seat immediately.

After accepting his mistakes, the apex court disqualified him for five years under Article 63(1) C.

Earlier on Thursday, the apex court had gave two options to Faisal Vawda that could help soften his disqualification sentence if the PTI leader accepts it. The top court asked that if he accepts his mistake of submitting a forged citizenship affidavit then he would be disqualified for one term under 63(1) C, otherwise the court should continue proceeding with the case under 62(1) (F) for lifetime disqualification. There was enough material before the court to disqualify Vawda for life, the apex court had remarked.

During the course of proceedings on Friday, Chief Justice of Pakistan Justice Umar Ata Bandial remarked that the court has made it clear that the consequences of a false affidavit would be serious.

Later, Faisal Vawda admitted his mistake and apologized before the apex court. Moreover, he made the announcement to resign from the Senate seat immediately.

Background
On February 9, the ECP disqualified Vawda as lawmaker for hiding his dual nationality. It said Vawda had submitted a false undertaking during the 2018 general elections when he was elected MNA.

The PTI leader appealed the decision with the Islamabad High Court.

On February 16, IHC Chief Justice Athar Minallah announced the reserved verdict on Vawda’s appeal. He ruled that Vawda’s conduct became the reason for his disqualification.

The court remarked that there was no reason to interfere in the decision of the Election Commission of Pakistan. “Vawda should have proved his good faith by submitting a certificate of the renunciation of dual citizenship.”

The proceedings against Vawda began after a news report revealed that Vawda filed his nomination papers for the 2018 General Election on June 11, 2018, when he still held US nationality. His papers were approved on June 18, 2018. The federal minister had filed papers to give up his US citizenship on June 22, 2018 and he was issued a certificate on June 25. 2019. The process usually takes weeks or even months, according to The News.

A petition was filed for his disqualification under section Article 62(1)(f). The Article deems it necessary for all members of Parliament to be ‘sadiq’ and ‘ameen’. They are prohibited from concealing information about their assets.

There are similar laws but with vastly different implications for the disqualification of public office holders.

Unlike Article 62(1)(f), a disqualification under Article 63(1)(c) does not entail lifetime bar. Article 63(1)(c) of the Constitution says that “a person shall be disqualified from being elected or chosen as, and from being, a member of Parliament if he ceases to be a citizen of Pakistan or acquires the citizenship of a foreign state.”

On October 17, 2018, two PML-N leaders were disqualified by the Supreme Court for holding dual nationalities. Sadia Abbasi and Haroon Akhtar had dual citizenship when they filed their nomination papers.

But Sadia Abbasi was elected to Parliament again because she was disqualified under Article 63(1)(c) and not Article 62(1)(f).