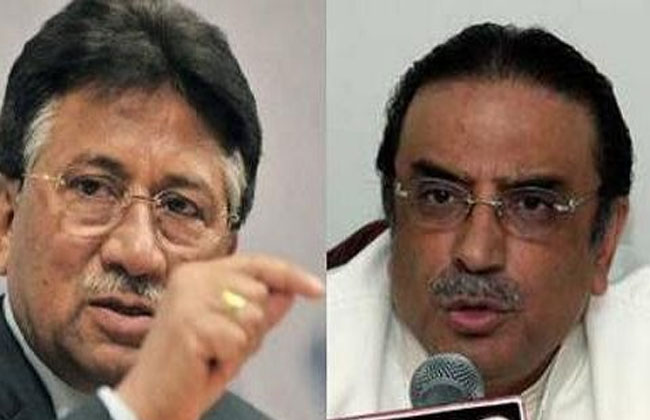 ISLAMABAD: The Supreme Court (SC) on Wednesday summoned details of overseas assets of former presidents Asif Ali Zardari and Pervez Musharraf in National Reconciliation Ordinance (NRO) case.
A three-member bench headed by Chief Justice of Pakistan (CJP), Justice Mian Saqib Nisar conducted hearing against the beneficiaries of NRO.
The court also directed former Attorney General Malik Qayyum to submit his assets and offshore companies’ details.
Meanwhile, Musharraf’s lawyer Akhtar Shah asked to give two-week extension so that he could file his reply.
The court then adjourned hearing of the case till August 7.