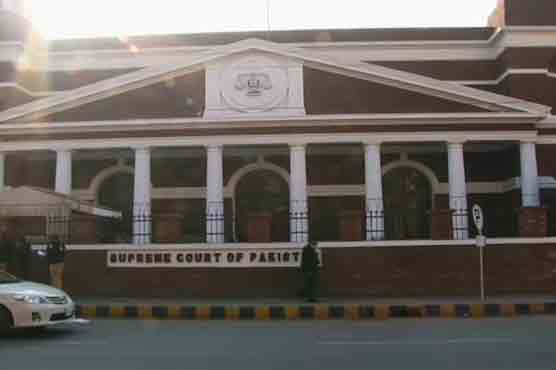 LAHORE: The Supreme Court of Pakistan on Sunday summoned police officials behind the killing of a man in a police shootout in Sialkot.
Chief Justice Mian Saqib Nisar was hearing a case pertaining to the killing of the man at the apex court’s Lahore registry.
A day earlier, the chief justice took cognizance of the matter after Sughra Bibi, mother of the deceased, intercepted his vehicle when he was leaving the court premises after hearing a number of cases.
Justice Nisar ordered provision of security to the woman complainant and summoned DIG Abu Bakar Khuda Buksh to assist the court in the matter on next hearing.
He directed Barrister Salman Safdar to represent the deceased’s mother in the case.
The chief justice observed that justice will only be provided on the basis of facts, not vociferous call for it.
The Prosecutor General Punjab apprised the court of facts of the case in detail. Two judicial inquires were carried out in the matter, of which one decided in the complainant’s favour, he added.
The hearing of the case was adjourned till April 07.