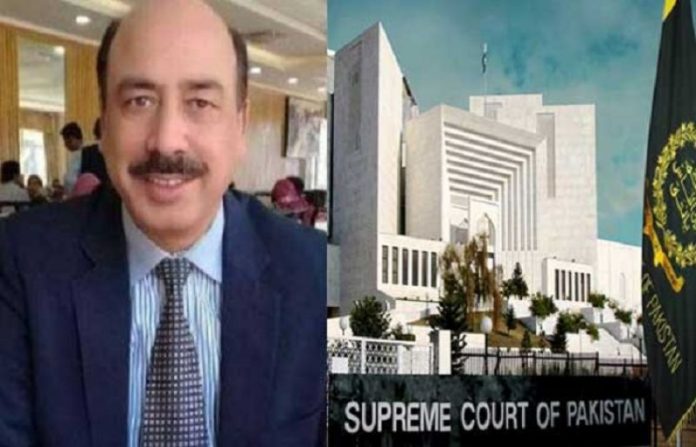 ISLAMABAD: The Supreme Court of Pakistan will hear on Tuesday the video scandal case of judge Arshad Malik, who was removed from post last week upon Islamabad High Court’s request.
Earlier in an affidavit submitted to the IHC, Malik denied the contents of the video — which purportedly showed him admitting to a lack of evidence against former prime minister Nawaz Sharif — and termed them edited, fabricated, and aimed to defame him.
The SC had taken up the case for hearing on July 16. The apex court under Chief of Justice of Pakistan Asif Saeed Khosa will hear the case today.
In view of today’s hearing, security has been beefed up around the federal capital and 1,000 police personnel deployed in the Red Zone and SC premises.
According to an SC notification, the staff will allow people inside only through special passes and snap-checking.
Those attending the hearing will not be allowed to take mobile phones and cameras inside.
The court had issued notices to Pakistan Muslim League-Nawaz (PML-N) Vice President Maryam Nawaz, former prime minister Shahid Khaqan Abbasi, Raja Zafarul Haq, and others.
The Supreme Court took up the case on a petition submitted by a citizen named Ishtiaq Ahmed, who appealed to the apex court for an independent judicial inquiry of the video scandal.
On July 12, judge Arshad Malik was relieved from his duties by the federal government for his alleged involvement in the controversial video scandal.
Arshad Malik, in his letter to the IHC, alleged he was offered a bribe by Hussain Nawaz. “Nasir Janjua came to meet me and claimed that he had the cash equivalent of Rs 100 million in Euros for me immediately available out of which the Euro equivalent of Rs 20 million was laying in his car parked outside.
“I was told that Mian Sahib is willing to pay whatever I demand on acquitting him in both references. However, I declined the bribe offered to me while committing remains sticking to merits,” he said in his letter.