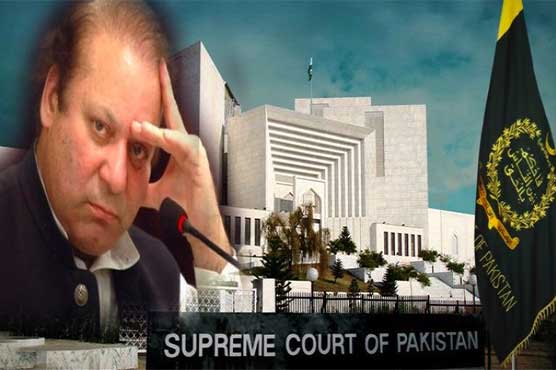 ISLAMABAD: A three-member bench of the Supreme Court will hear Nawaz Sharif’s plea for bail on medical grounds today (Tuesday).
The three-member bench headed by Chief Justice of Pakistan (CJP) Justice Asif Saeed Khosa will take up Nawaz Sharif’s appeal. Other judges in the bench include Justice Yahya Afridi and Justice Sajjad Ali Shah.
A circular has also been issued regarding security measures at the Supreme Court.
Due to limited seating in Court no. 1, special passes will be provided to regulate the entry in court house while lawyers, petitioners, parties and journalists will be allowed to witness the hearing.
It was also announced that citizens who wish to witness the proceedings will be required to contact the SP security at the Supreme Court (SC).
Nawaz Sharif has submitted additional documents in the court regarding the case. A letter written by Dr. David Lawrence was submitted to the Supreme Court (SC) on Monday.
Dr. Lawrence wrote this letter to Nawaz Sharif’s personal physician Dr. Muhammad Adnan Khan where he included all the medical history of Nawaz Sharif from 2003-2019 in this letter. Lawyer to former PM Khawaja Haris submitted the letter to Supreme Court (SC).