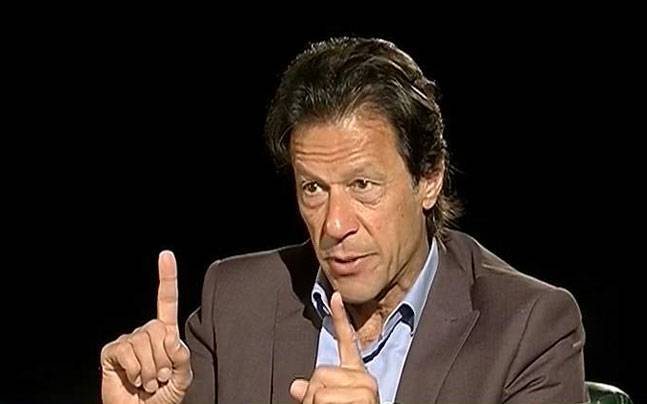 ISLAMABAD: Chairman of Pakistan Tehreek-e-Insaf, Imran Khan has said on Friday that verdict of the Supreme Court in the Panama Leaks case would change the political landscape in the country adding that democratic system was weakened over repeated military intervention.
While addressing a business summit in Islamabad, Imran Khan said that he wants to become the Prime Minister of Pakistan for human development and institution building.
Imran Khan said that his political struggle was always reduced to desiring premiership and he sure does want to become the Prime Minister of Pakistan for two main reasons. He wants to work towards human development in Pakistan and institution building. He said that he got educated over politics in university and he would not have been a politician if not for stay in Britain. People join politics to make money and that all for them, he asserted.
While talking about PTI governance in Khyber Pakhtunkhwa, he said that police was depoliticised. He said that all political parties demanded probe into Panama Leaks. PTI stood for justice in Pakistan over Panama Leaks case. He hoped that the verdict in the corruption case would be released in coming week.
Imran Khan said that the societies which do not bring ‘change’ are destroyed with the passage of time. Election fixers have now become match fixers, Khan asserted. He said that funds were invested in future of people in KP and not on roads in the province.
PTI chief said that the premier should not have the authority to appoint Chairman of Pakistan Cricket Board. He said that Pakistan is facing issues only due to dismal performance of the institutions.
Misbahul Haq was made part of the team very late, according to the former skipper. He is the only captain in Pakistan cricket team’s history who stepped down on his will, Imran claimed. Misbah is going to be the only skipper after him that would retire with dignity, he added.