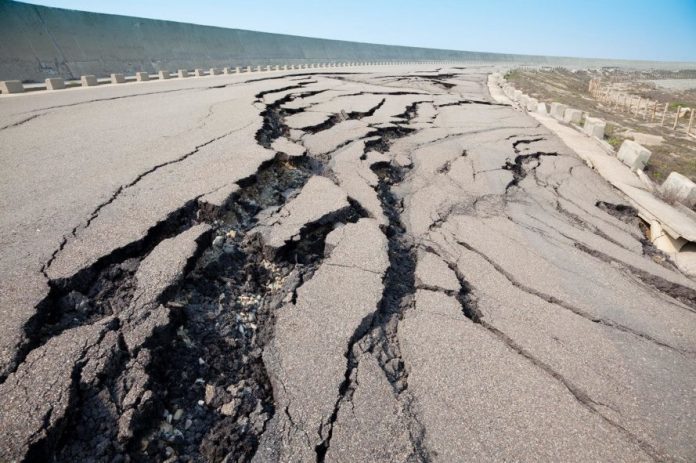 ISLAMABAD: Scientists have warned that there will be a significant increase in the occurrence of potentially deadliest earthquakes in 2018.
The assessment was made on the basis of the Earth’s movement data that shows a significant uptick in earthquakes after a certain period of slowdown in the Earth’s rotation.
According to the report aired by a private news channel, geophysicists are able to measure the rotational speed of Earth with extreme precision, calculating slight variations on the order of milliseconds.
Geophysicists believe Earth’s rotation is cyclical, slowing down by a few milliseconds per day then speeding up again, a geologist Trevor Nace said in the report.
Researchers found that roughly after every 32 years there was an uptick in the number of significant earthquakes worldwide.
A team of researchers found this conclusion after analyzing every earthquake which occurred since 1900 at a magnitude above 7.0.
The research concluded that after almost every 30 years, Earth experiences a slowdown in its rotation.
The slowdown lasts for five years, with the last year triggering an increase in earthquakes globally.
“In these periods, there were between 25 to 30 intense earthquakes a year,” said Bilham, a researcher.
“The rest of the time the average figure was around 15 major earthquakes a year,” he added.
Based on the calculations, the outgoing year is the fourth consecutive year that witnesses slowdown in Earth’s rotation.
So, the scientists are expecting more earthquakes in 2018.
The correlation between Earth’s rotation and earthquakes was recently highlighted at the annual meeting of the Geological Society of America.