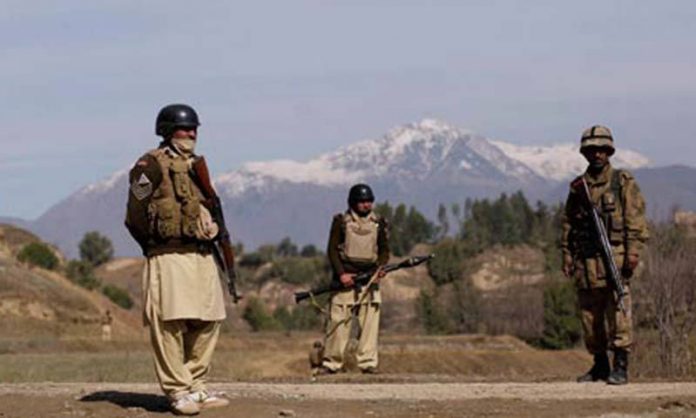 WANA: In a major set back to the election campaign for provincial assembly seats, the South Waziristan tribal district’s administration on Tuesday imposed section 144 for one month to maintain law and order.
According to the district administration, every kind of display of weapons, aerial firing and carrying guns will be banned. Under the Section 144, a gathering of more than five people will be banned too and vehicles are not allowed to have tinted windows.
Any violation of rule can lead to action under the imposed section, stated the notification of the district administration.
It is pertinent to mention that polls for 16 seats will be held on July 2 in the tribal districts. The candidates expressed serious reservations over imposition of section 144 and said that weeks before polls, imposition of Section 144 is not a democratic move.
In North Waziristan, three people were killed and five soldiers injured in a recent clash between security forces and Pashtun Tahaffuz Movement (PTM) protesters. In a separate terrorist attack on a checkpost one soldier was martyred.
An Inter-Services Public Relations (ISPR) press statement said on Monday that one soldier was martyred as terrorists attacked Makki Garh post in North Waziristan’s Shawal valley.
The ISPR said that troops effectively repulsed the attack, adding that the soldier was martyred during an exchange of fire.
Frontier Corps officer Noor Khan was laid to rest in Khyber district with full military honour earlier on Tuesday.
A huge number of local political and tribal leaders attended the funeral prayers.