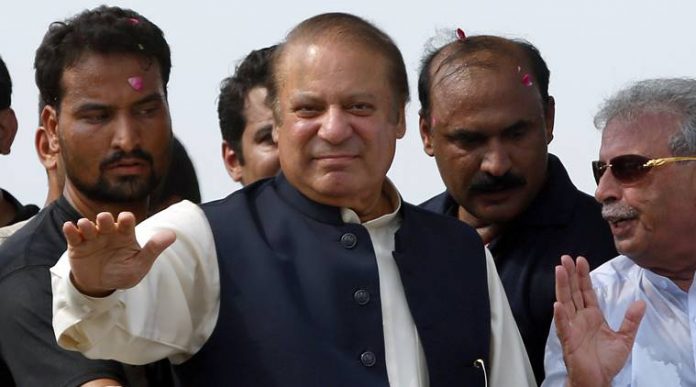 ISLAMABAD: Security has been beefed up in Islamabad and Rawalpindi ahead of announcement of verdicts by the accountability court on December 24 in two references Al-Azizia and Flagship filed by the National Accountability Bureau (NAB) against former premier Nawaz Sharif.
Reportedly, enhanced security plan includes deployment of heavy contingent of security forces including rangers and 1,000 police officers, particularly around the accountability court’s premises in Islamabad to curb a possible resistance by the Pakistan Muslim League-Nawaz’s supporters.
Moreover, only Sharif and his lawyers will be allowed to enter the court room.
The Pakistan Muslim League-Nawaz (PMLN) seems to have prepared its next political move ahead of announcement of verdicts in two National Accountability Bureau (NAB) references against former premier Nawaz Sharif on December 24.
Reportedly, Sharif is expected to hear the verdict to be announced by Judge Arshad Malik in the courtroom while his party’s members of the National Assembly and workers are instructed to move to the court in Islamabad.
In an expected power show to be staged by PMLN, other senior leaders of the party would join the elder Sharif.
Besides, PMLN’s Tariq Fazal Chaudhary and Anjum Aqeel are given responsibilities of coordinating with local leaders and municipal representatives for motorcade and expression of unity amongst their leaders.
Other leaders including Chaudhary Tanvir and Malik Ibrar would display their political force from Rawalpindi alongside their supporters.
The accountability court had reserved the verdict in the Al Azizia and Flagship cases on December 19.