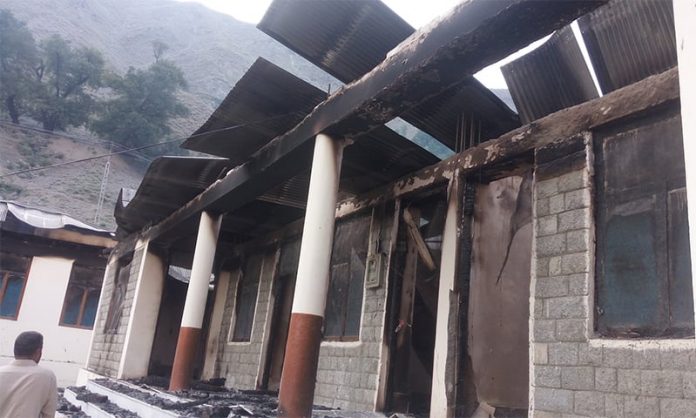 DIAMER: Security forces have arrested at least 32 suspected people on a suspicion of their involvement in burning the girls’ schools in Chilas and Diamer districts of Gilgit-Baltistan.
The security forces have continued crackdown in the area as a list of extremists has been handed over to a grand jirga for further procedure.
However, Darail and Tangir have been opened for traffic after proper search operation.
Earlier on Sunday, at least one terrorist was killed while a policeman embraced martyrdom during an operation against militants who torched girls’ schools in Chilas.
Security personnel said that terrorists opened fire on the officers retaliating to which, one suspect identified as Shafiq was killed.
On Thursday night, unidentified assailants burned down at least 12 girls’ schools in Gilgit-Baltistan’s Chilasand Diamer district and fled, causing panic among residents.
The police launched a raid and arrested 16 suspects, registering six cases against unknown men in the incident.
Afterwards, Chief Justice of Pakistan (CJP) Mian Saqib Nisar took suo motu notice of the mishap and summoned report from GB government and interior secretary.