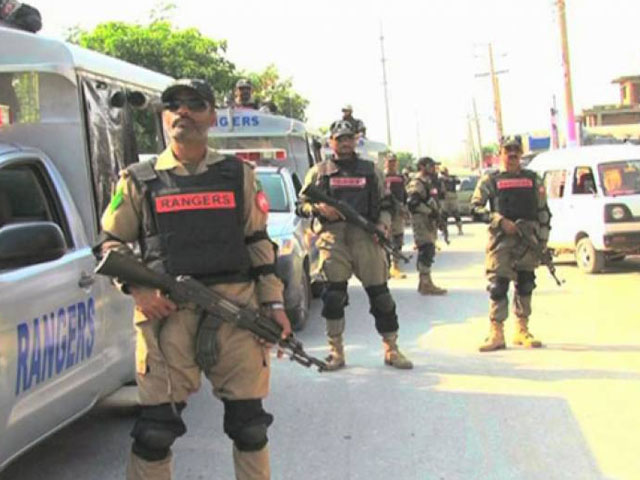 RAWALPINDI: Pakistan Rangers Punjab along with intelligence agencies on Saturday conducted Intelligence-Based Operations (IBO) in different areas of Punjab and arrested several suspected terrorists.
According to a press release issued by Inter-Services Public Relations (ISPR), the operations were held in Attock, Sialkot, Lahore, Kasur, Faisalabad, Bahawalpur, Rahim Yar Khan and DG Khan.
Terror suspects with illegal weapons have been apprehended.
In the wake of terror threats reported by intelligence agencies, the Election Commission of Pakistan (ECP) has directed chief secretaries and police chiefs of all four provinces to enhance security measures.
Intelligence agencies, in their report submitted to the interior ministry and the electoral commission on Friday, warned of possible terror attacks in all four provinces on election day.
Authorities have warned of security threats from separatist groups in Balochistan, banned outfits in Punjab, MQM-London in Sindh, terrorist groups in Khyber Pakhtunkhwa and Pashtun Tahafuz Movement in Fata.
The general elections 2018 are scheduled to take place on July 25.