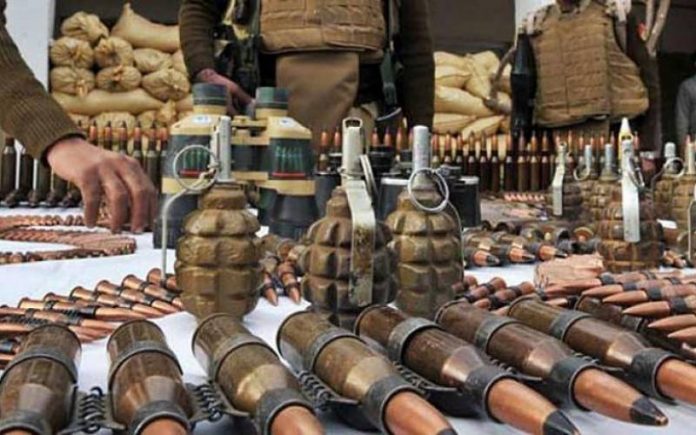 PESHAWAR: Security forces conducted an intelligence based operation (IBO) in Ladha Makin, South Waziristan Agency, and recovered arms and ammunition from an underground dugout.
According to an Inter-Services Public Relations (ISPR) statement issued here on Friday, the recovered arms and ammunition accessories of different calibre include explosives, improvised explosivedevices (IEDs), RPG7 along with rockets, rifles, pistols, grenades, antitank mine boxes and various weapons.
Meanwhile, Security forces conducted IBO in Kohlu, Balochistan, and recovered large quantity of arms and ammunition including rockets, mines and mortars.
The IBOs were carried out as part of the ongoing Operation Radd-ul-Fasaad. …APP