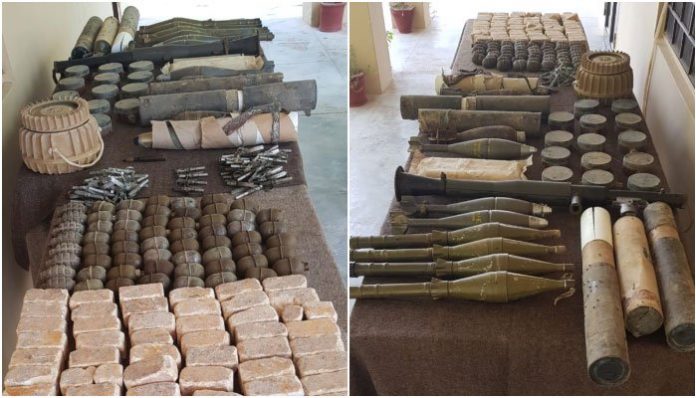 QUETTA: Security forces conducted an intelligence-based operation (IBO) in Bhambore mountainous area between Sibi and Kohlu, Balochistan, the Inter-Services Public Relations said in a statement on Saturday.
A cache of arms and ammunition including explosives, rockets, mines, and mortar ammunition were recovered during the operation, the military’s media wing added.
Operation Radd-ul-Fasaad was launched in February 2017, with the objective of eliminating terrorism across the country.
The Pakistan Air Force, Pakistan Navy, civil armed forces as well as other security and law enforcement agencies continue to actively participate and support the efforts of the Pakistan Army to eliminate terrorist elements from the country.