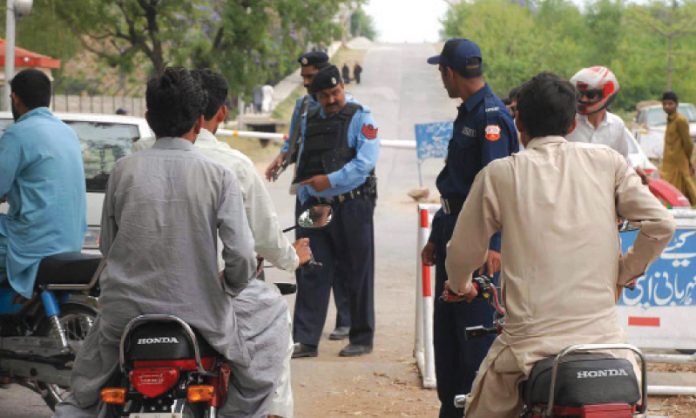 ISLAMABAD: Security in the federal capital has been beefed up after authorities issued threat alerts, warning of potential terrorist activities in some areas of the federal capital.
The measures came after National Counter Terrorism Authority (Nacta) warned the Capital Territory Police that there could be potential terror attacks in the capital in coming days.
According to reports Nacta had issued two alerts: one of them warned of possible terror attacks against police officials – possibly in areas around F-8. According to the alert, the police bus could be targeted by the Tehreek-e-Taliban Pakistan.
In another threat alert issued by Nacta and sent to the police, it was mentioned that foreigners could be targeted in the capital. An officer said the alert also mentioned some specific areas in this regard.
He said the alert was somewhat vague and did not have too many details. The officers said that usually Nacta issues such alerts and send them to the Ministry of Interior that forwards them to relevant law enforcement agencies and institutions.