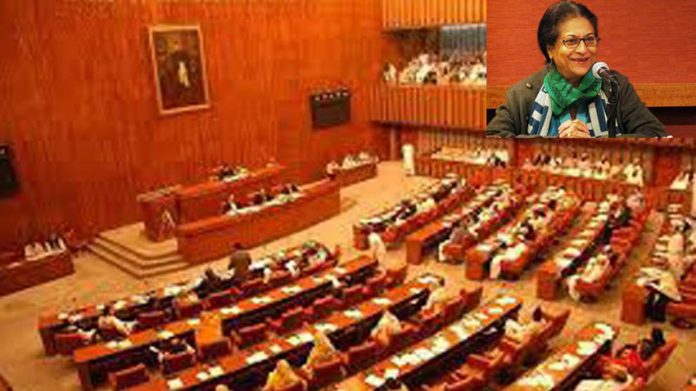 ISLAMABAD: Rejecting the proposed National Assembly’s Committee on Election rigging, Senators on Wednesday demanded the constitution of a broad based, independent and empowered Parliamentary Commission to probe the alleged rigging in the recent general elections.
Speaking in the Senate, Senator Javed Abbasi expressed reservation over the constitution of NA committee to probe election rigging, he said Senate had demanded the constitution of a Parliamentary Commission to probe the alleged rigging.
Rehman Malik said an identical Senate committee to probe alleged election rigging has already submitted a comprehensive report. The proposed NA committee to probe election rigging should start their workings from where Senate committee had left probe.
He said Pakistan Peoples Party does not want to discard the elections but only want to probe the irregularities.
Lt Gen (Retd) Abdul Qayyum said the probe commission should be authorized to frame its own Terms of References (ToRs) and it should be made fully empowered.
Kulsoom Parveen criticized the interim government for not ensuring transparency in recent general elections. Senator Muhammad Akram demanded re-elections in Balochistan as according to him rigging was reported from all constituencies of the province.
Mir Kabeer Ahmed Muhammad Shahi criticized the government for what he said artificial austerity measures. Senators should be included in the Parliamentary Commission on equal basis.