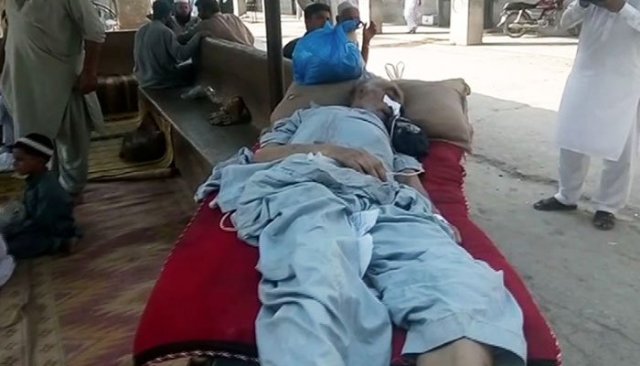 PESHAWAR: Renowned actor Iftikhar Qaisar, has been admitted to Lady Reading Hospital after his health deteriorated on Saturday.
Iftikhar’s son, Hasnain said his father, who has been unwell for some time now, was kept under the open sky for nine hours and was not admitted to the hospital’s ward.
However, the hospital administration said the delay was due to Iftikhar’s test results. The administration added that he has now been admitted to the hospital and the actor is now under treatment.
Minister of State for Information and Broadcasting Maryam Aurangzeb expressed concern over the renowned actor’s condition and said he is a great actor and an asset of the country.
The minister added the government will take all possible steps for the ailing actor’s treatment and instructed her ministry’s officials to look after the actor.
The actor has received the President’s Pride of Performance Award and has acted in Urdu, Hindko and Pashto plays.