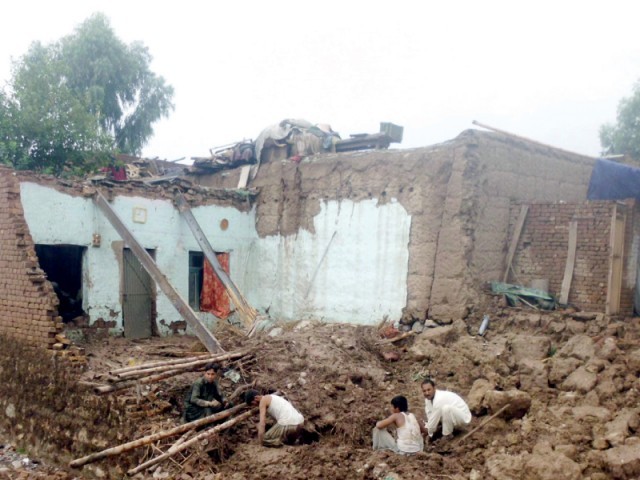 BAJAUR: At least seven children were killed in a deadly incident of roof collapse of a house in tehsil Mamond in Bajaur district here on Wednesday.
The roof of a house collapsed in Badan Qalav area of Mamond, leaving seven children dead and five other members of the family injured, local police said.
The dead bodies and injured were transferred to District Headquarters Hospital in Khar.
Deceased children were named Hina, Zaid, Aashia, Huzaifa, Anees, Habib and Ismail, according to the police.
After the incident, local people retrieved the dead bodies and injured from the debris on self-help basis.
According to the family members all children of the house were present in a single room at the time of the fatal incident.
In another similar incident at least 15 people, students and teachers among them, got wounded at a private school in Bahawalpur on last Friday.
One of the injured students is said to be in critical condition because of a head injury.
The officials said a portion of the roof of the derelict building’s second floor caved in, injuring pupils taking classes on the first and second floors.
Upon being informed of the incident, rescuers reached the spot and pulled out those trapped under the debris, shifting the injured to Bahawal Victoria Hospital for medical attention.