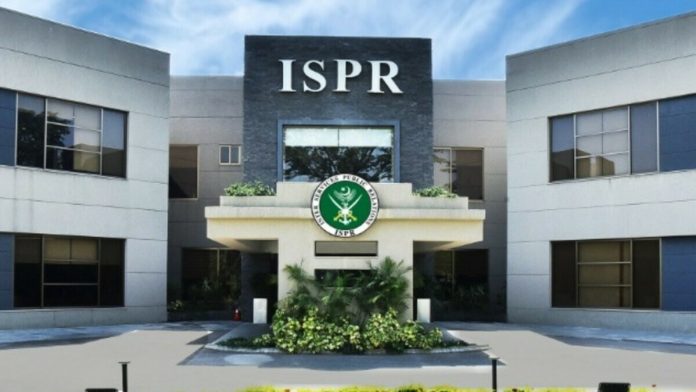 PESHAWAR—- At least seven terrorists were killed in an exchange of fire with the security forces in Ghulam Khan Kalay area of the North Waziristan District, military’s media wing Inter-services Public Relations said in a statement.

Two soldiers were also martyred in exchange of fire. They were identified as 44-year-old Subedar Muneer hussain from Parachinar and 38-year-old Havaldar Babu Khan from Dera Ismail Khan.

According to ISPR, the militants were involved in attack on security forces. A huge cache of arms and ammunition was recovered.

Last week, six people were killed in two separate incidents in the district, according to the police.

The first incident occurred in Mir Ali Tehsil where unidentified armed men kidnapped two people from Khaddi Market. Later, the bodies of both victims were found on the bank of the Tochi River. They were shot in the head.

The police have not been able to trace the suspects while no organization has so far claimed responsibility.

The second incident occurred near Haider Khel village in the same tehsil in which Youth of Waziristan chief Waqar and his three friends including Asad, Hammad, and Suneed were shot dead by unidentified motorcyclists.

The police officials said the victims were returning from their friend’s house in a car when they were preyed.

On June 18, a soldier embraced martyrdom during an exchange of fire with the terrorists in Miranshah area. In a statement, ISPR said that a terrorist, later identified as Ziaullah, was also killed in the operation.

A week before that, a 25-year-old sepoy named Shahzaib Imtiaz embraced martyrdom in a terrorist attack. According to the ISPR, the attack took place in Datta Khel area.