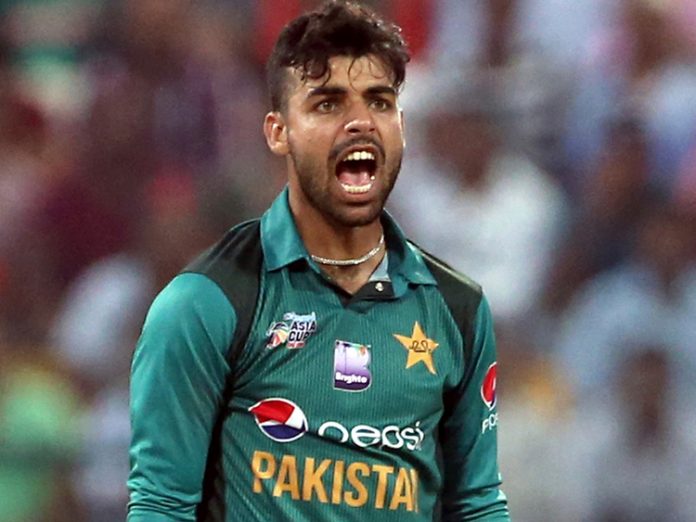 LONDON: In a major boost to Pakistan’s World Cup prospects, spinner Shadab Khan has recovered from infection and will be available for the mega event.
A formal announcement is expected today and he would join the team after a follow up check-up with a specialist in London.
The wrist spinner returned to Pakistan last month following his appointment with Dr Patrick Kennedy, world renowned gastroenterologist and hepatologist with a special interest in liver disease in elite sportsmen.
He was put on medication and was advised complete rest for two weeks by the doctor.
Suffering from Hepatitis C, Shadab Khan’s recent medical reports are encouraging and he is expected to be named in the World Cup squad.
A PCB spokesperson has confirmed that a fresh blood sample of the cricketer has been sent to Shaukat Khanum Laboratory.
Currently, Shadab is training in PCB Academy Lahore and will fly to England after the announcement.