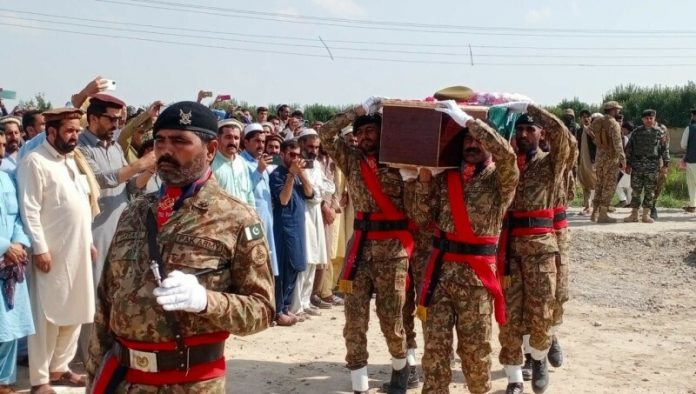 According to the Inter-Services Public Relations (ISPR), civil and military officials along with a large number of people from all walks of life attended the Namaz-e-Janaza.

The Shaheed officer studied at Cadet College Wana and had recently got married.

A well dressed contingent of the army presented a guard of honour. The Shaheed was buried with full military honour.

Captain Abdul Wali Wazir embraced shahadat during an intelligence based operation against terrorists in K-P’s North Waziristan district in which four terrorists were killed. Captain Wali was leading the operation. Four army soldiers were also martyred.