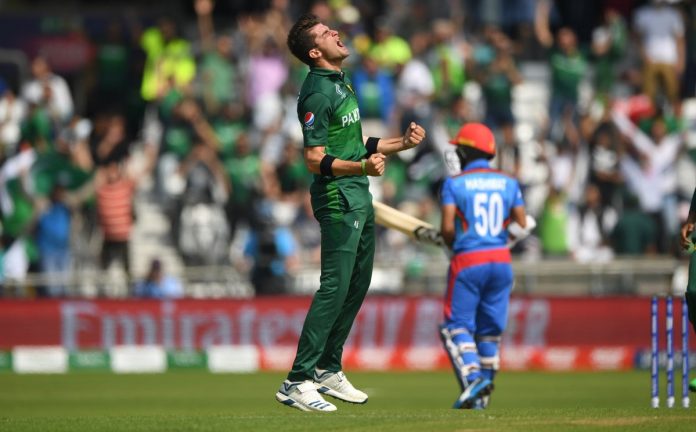 LEEDS: Pakistan’s young pace sensation Shaheen Shah Afridi on Saturday became the youngest ever player to take four wickets in a World Cup match.
Shaheen Afridi got wickets of Gulbadin Naib, Hashmatullah Shahidi, Najibullah Zardan and Rashid Khan to finish with bowling figures of 4/47 in World Cup match against Afghanistan at Headingley on Saturday.
By doing so at the age of 19 years and 84 days, Shaheen not only became the youngest to claim four wickets in a World Cup match but also the first ever teenager to do so.
He surpassed Scotland’s John Blain who got four wickets in 1999 World Cup game against Bangladesh, around a year before Shaheen was born.
Blain was 20 years and 140 days old then.