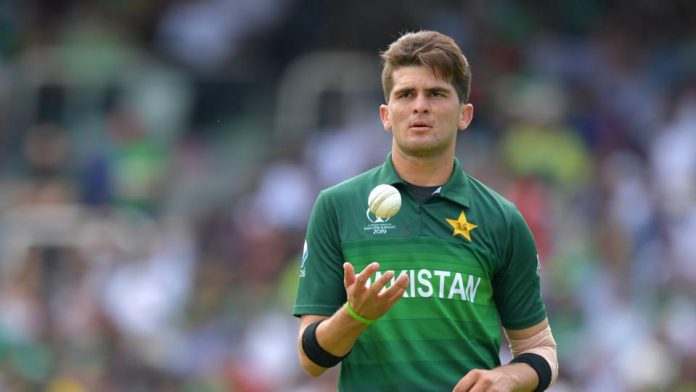 LONDON: Pakistan paceman Shaheen Shah Afridi enjoyed a breakthrough World Cup campaign, prompting Wasim Akram to hail the teenager as a future star.
The teenager recorded Pakistan’s best-ever World Cup bowling figures with a scintillating spell of 6-35 in Friday’s win over Bangladesh at Lord’s.
Despite that victory in their last group match, Pakistan failed to qualify for the semi-finals as they had an inferior net run-rate compared to fourth-placed New Zealand, who also had 11 points from nine matches.
But the gloom of not reaching the last four was lifted by a series of eye-catching performances from Shaheen and several other rising Pakistan stars that offered hope for the coming years.
Wasim, who starred in Pakistan’s 1992 World Cup triumph, said he was delighted to have witnessed Shaheen’s progress.
“Definitely, Shaheen is one for the future, a beacon of light for the next generation of fast bowlers,” the former left-arm quick told foreign news agency.
“Shaheen is hard-working and a quick learner so these traits will take him to places.”
Wasim was surprised that Pakistan delayed Shaheen’s World Cup baptism, leaving him out until the fourth match of their campaign against Australia in Taunton.
“Shaheen is a wicket-taking bowler and that was known before the World Cup, so it’s over me why he was not played from the start.”
Shaheen’s three wickets against New Zealand came in the space of just 20 balls and announced his arrival as a major threat as he dismissed Colin Munro, Ross Taylor and Tom Latham.
He took 4-47 against Afghanistan and finished with a flourish, with 6-35 against Bangladesh.
He became the youngest player to take a five-wicket haul at the World Cup — at 19 years and 90 days — surpassing Kenyan spinner Collins Obuya’s 2003 feat when he was aged 21 years and 212 days.
“I am delighted to have performed like this,” said Shaheen, who finished with 16 wickets in five games.
“But I am sure that this is only the beginning and I have to go far to attain greatness like Wasim and Waqar Younis.”
Shaheen is one of many Pakistani left-arm seam bowlers to have idolised Wasim.
The 19-year-old made his mark in a domestic match in September 2017, claiming eight wickets for just 39 runs in a Quaid-e-Azam Trophy game.
Within a short space of time he was compared to Wasim and Australia pace spearhead Mitchell Starc.
Shaheen graduated to Pakistan colours in the Twenty20 series against the West Indies in April last year, but his first major success came against New Zealand in last year’s one-day series in the United Arab Emirates.
He claimed back-to-back four wicket hauls and was named as the man of the series.
Pakistan head coach Mickey Arthur predicts Shaheen will be the best in the business.
“I have seen the progress of Starc,” said Arthur, who also briefly coached Australia. “Shaheen can be better than all those who are in the business, because he has that will and talent.” …Agencies