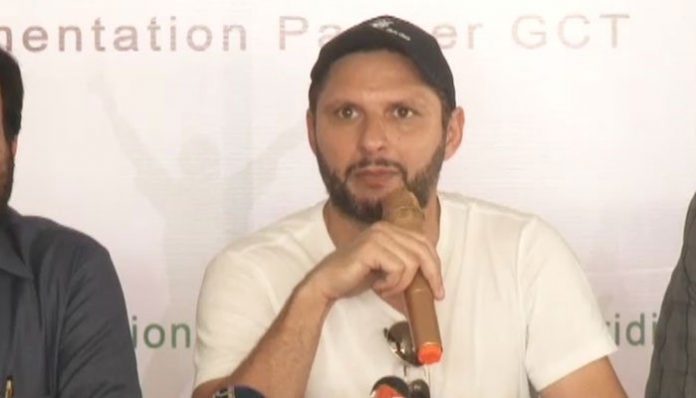 LAHORE: Former Pakistan captain Shahid Afridi on Tuesday said that Sarfraz Ahmed should remain captain of the national side till next year’s World Cup.
Afridi was speaking to the media after inaugurating a school in collaboration with the Green Crescent Foundation and said, “Pakistan team did not perform well in the Asia Cup but that does not mean the captain should be sacked.”
“Why is it that the loss is always put on the captain’s shoulder,” Afridi questioned.
“We had a lot of hopes from the team but they did not perform well,” he said.
He further said, “Sarfraz is an excellent captain and he should remain in charge till the 2019 World Cup.”
Criticising the selection committee, the 38-year-old said, “If the selection committee cannot pick players who are performing well in domestic cricket then maybe they should shut it down.”
On the subject of the team picked for the upcoming two-match Test series against Australia, Afridi said, “I am surprised at the decisions taken by the selection committee.”
“Fawad Alam is a good player and he has been performing well. Him not being part of the team is beyond me,” he said, adding, “If Fawad could not be a part of the national squad then he should have been added to Pakistan A squad.”