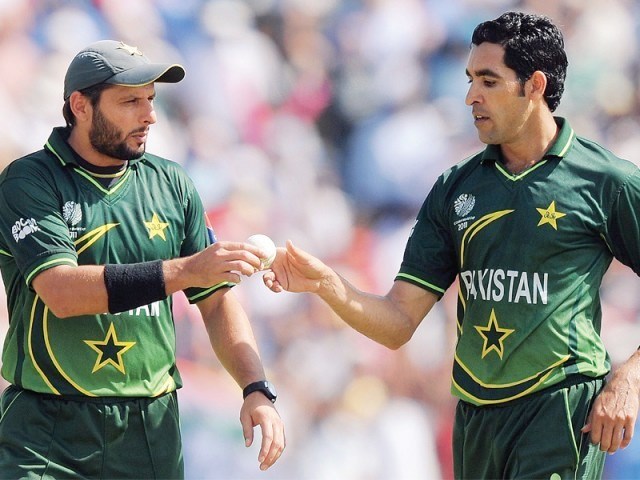 ISLAMABAD: Cricketing magazine Wisden has included Pakistani cricketers Shahid Afridi and Umar Gul in their T20I team of the 2000s.
Afridi was picked as an all-rounder while Gul was placed at the tail-end. The duo played a key role in Pakistan’s victory in the 2009 T20I World Cup.
The all-rounder has represented Pakistan in 99 T20Is and has scored 1,416 at an average of 17.92 with four half-centuries to his name. He has also picked 98 wickets in the shortest format of the game.
The fast-bowler has 85 wickets to his name in T20Is.
Wisden’s T20 team of the decade: Matthew Hayden (Australia), Virender Sehwag (India), Kumar Sangakkara (Sri Lanka), Kevin Pietersen (England), Andrew Symonds (Australia), Yusuf Pathan (India), Shahid Afridi (Pakistan), Daniel Vettori (New Zealand)/Ajantha Mendis (Sri Lanka), Dirk Nannes (Australia), RP Singh (India) and Umar Gul (Pakistan).