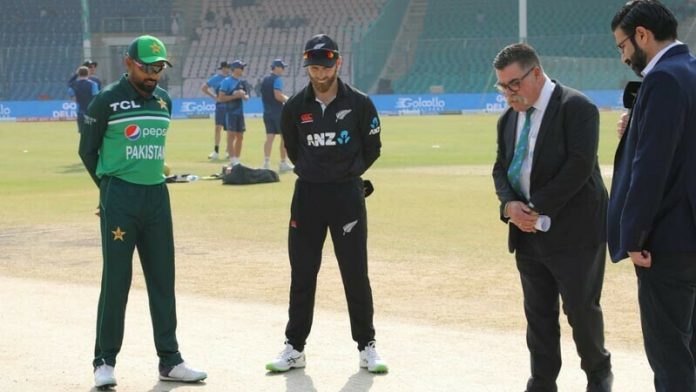 Pakistan have made two changes after their 79-run defeat on Wednesday. Mohammad Hasnain and Shan Masood are in for Imam ul Haq and Naseem Shah.

Meanwhile, New Zealand are going in with the winning combination for the series decider.