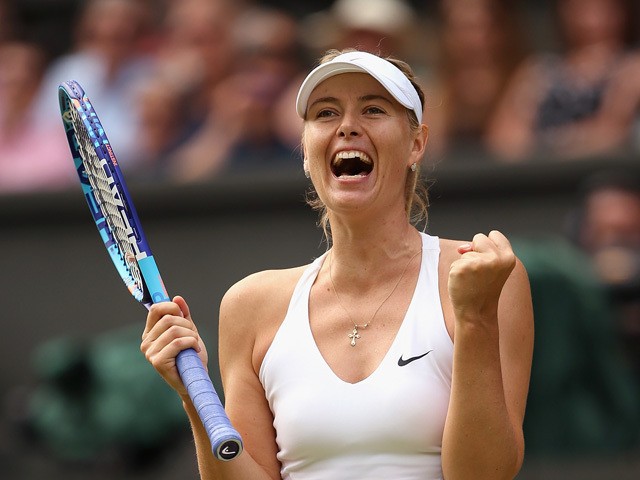 PARIS: Two-time champion Maria Sharapova survived a serious scare to claim a 6-1, 4-6, 6-3 victory over Dutch qualifier Richel Hogenkamp in her first French Open match since 2015 on Tuesday.
The Russian was controversially not given a wildcard by organisers for the tournament last year, which took place shortly after her return from a doping suspension.
Sharapova, the 28th seed, will face Croatia’s Donna Vekic in the second round.
The five-time Grand Slam winner is only seeded at Roland Garros courtesy of a semi-final run in Rome earlier this month which dragged her back into the top 30 for the first time since her ban.
The 31-year-old took just 24 minutes to win the first set of a match which was delayed from Monday due to thunderstorms, but threw away a 3-1 lead in the second as world number 133 Hogenkamp forced a decider.
Sharapova was staring down the barrel of falling at first hurdle in a Grand Slam tournament for the first time since the 2010 Australian Open when trailing 3-0 in the third, but the former world number one dug deep and reeled off six straight games to edge into round two. – APP