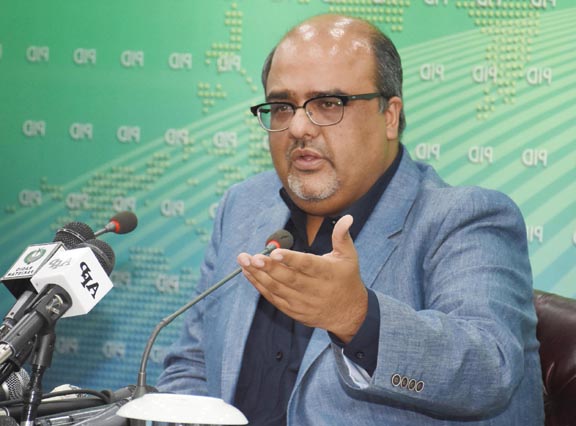 ISLAMABAD: Special Assistant to PM on Accountability Shahzad Akbar alleged on Friday that the Sharif family made laws in the 90s that facilitated money laundering.
Shahzad Akbar addressing media in an indirect reference to the Sharifs said they made laws that facilitated inflow of cash without any questioning.
Akbar said that everything was working out fine for the Sharif family until their names came in the Panama Scandal in 2016.
The Special Assistant to PM claimed that ’90 percent of Salman Shehbaz’s wealth is based on TT (telegraphic transfer).’
He further alleged that funds worth 17 million rupees were also transferred to Maryam Nawaz’s account through the telegraphic transfer.
In 2008, transaction from Hill Metal was done from Maryam Safdar’s account, adding that he has written a letter to the relevant authorities in this regard.
Akbar said that to this date there exists no money trail in the case and the matter is still pending in courts.