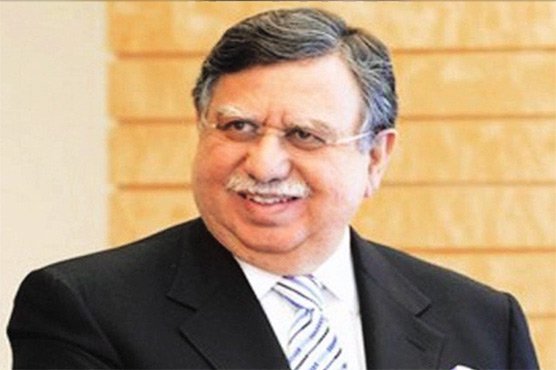 Former federal minster for finance Shaukat Tarin participated in the ongoing investigation of FIA against him through video link on Thursday.

Though the former finance czar participated in the Federal Investigation Agency probe against him but he failed to satisfy the grilling sleuths of the inquiry team.

Tarin, however, asked for more time to submit his reply after consulting his lawyers which was granted by the FIA.

The FIA is grilling Tarin in connection with the controversial audio clips attributed to him. In the audio clips that surfaced on August 29, Tarin could be heard telling the Punjab and KP finance ministers to tell the federal government that their provinces could not post a budget surplus.

The FIA issued him a call-up notice on Tuesday to appear before it to record his statement on Wednesday but he failed to turn up. Later, he contacted the inquiry team and informed them that he did not receive any notice. The FIA team then issued him a new summons to his address in Karachi under his legal name asking him to appear at the FIA Cybercrime Reporting Centre, Islamabad on Thursday to record his statement.